In this occasional feature, FIRE interviews members of our Faculty Network to discuss their research, teaching, and advocacy on free expression at their institutions. This month, we interviewed Daniel Cullen, professor of political philosophy at Rhodes College. He was recently named to the Bipartisan Policy Center’s Academic Leaders Task Force on Campus Free Expression.

Interviews are conducted via email and are lightly edited for length and clarity. They will run on FIRE’s Newsdesk about once a month.

Most of our Newsdesk readers will be meeting you for the first time, so would you mind briefly discussing your academic background and teaching and research interests?

You’ve been among some of the early testers of the orientation materials FIRE has developed with New York University’s First Amendment Watch. Can you talk about that overall experience, which modules you tested out, and what kind of response you got from your students?

I should clarify that the modules I “test drove” were more detailed than the versions FIRE has now rolled out, and I used them in an undergraduate course rather than a freshman orientation program. I discovered the First Amendment Watch project serendipitously, at a conference on campus free expression controversies sponsored by the Bipartisan Policy Center. FAW’s executive director, Mary Ellen Egan, described the project and generously agreed to give me a sneak peek before the materials were finally edited and officially released. I was especially interested because privacy law, free speech, and social media controversies were upcoming topics in a new course I was currently teaching. 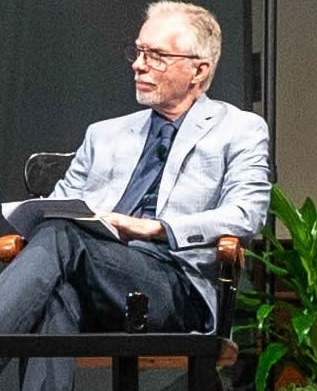 So, I added to my syllabus the modules on “Limits to Free Speech” and “Offensive Speech on Campus.” From the “Limits” materials, we focused on privacy in the digital world students read up on the Hulk Hogan versus Gawker case, and then we took up the online defamation case involving Alex Jones and Infowars. Students found the module’s treatment of the cases engaging and easy to use, but the content was definitely challenging. The combination of short video lectures and a “deep dive” into legal analysis and historical context effectively conveyed two important truths: that free speech rights are not absolute, and that the limits to free speech are narrowly drawn.

The module on offensive speech on campus was especially valuable. Students have a hard time believing there could be any legitimate, let alone persuasive, argument, for tolerating “hate speech,” and they are surprised to learn there is no “hate speech” exception to the First Amendment. In the view of many, if not, most, if there isn’t such an exception, there ought to be. The video interview with [former ACLU president] Nadine Strossen points out that restrictions on speech have historically disadvantaged minorities already suffering unjust treatment, and thus relying on good intentions can be hazardous.

I think it’s vital that discussion of the principles of free speech and academic freedom become a prominent part of orientation. That, of course, is a conversation that ought to be deepened and renewed over four years of undergraduate education.

We’re always happy for constructive feedback on how our materials fare when put to use in real-world settings. Where did you find the programming most effective? How might you improve on it for future uses?

Again, since my experience was in the classroom with sophomore-level students and involved more robust versions of the current materials, I can only speculate about their usefulness for student orientation. I think it’s vital that discussion of the principles of free speech and academic freedom become a prominent part of orientation. That, of course, is a conversation that ought to be deepened and renewed over four years of undergraduate education. FIRE has provided a great way to start. A school could devote an afternoon or an evening to working through all six modules; the next step should be to discuss campus free expression policies, which might now invite closer scrutiny. But most schools have muddled along with policies without first clarifying the principles that should guide those policies. Is it any surprise that any incident can trigger an institutional crisis? So there is a lot of catching up to do, we have to do it all at once, and an orientation program is needed for the entire institution. But by all means, let’s begin with the needs of incoming students and build on that.

You could say that two beliefs helped guide the development of our orientation programming: first, that students aren’t getting the foundation on free speech issues that they need before college, and second, that universities aren’t doing the job they need building on that foundation when they get there. Do you see an increased role for faculty leadership on free speech as necessary?

Both beliefs are well-documented; and faculty must lead in this domain, especially since student affairs administrators have an understandable interest in peace and quiet. A tranquil campus is a good thing. A tranquil classroom? Not so much. The root meaning of “discussion” is to break apart. “Troubling” questions are a necessary disturbance of the creedal comfort we all find too inviting. But faculty are themselves divided about how to handle the inevitability of “offensive speech” or someone taking offense to an idea or argument. Given the continuing disagreement about what principles ought to govern these matters, emphasizing individual rights will remain crucial. But, as Keith Whittington reminds us, a right to offend does not entail a duty to offend. And we should keep reminding ourselves what the crucial freedoms are for.

[Note: Whittington, a professor at Princeton University, is a member of FIRE’s Board of Directors and the author of Speak Freely: Why Universities Must Defend Free Speech.]

Lastly, congratulations on your appointment to the Bipartisan Policy Center’s task force on campus free expression. I know your work is just getting started, but could you talk a little bit about the task force’s mandate and what you hope to come from your work?

The members of the task force agree that there are worrisome signs of intolerance on campus, and that colleges and universities have not found their footing in these new circumstances. Administrators scramble to respond to the latest controversy, often rewriting policies on the fly. But without an institutional consensus about the principles of free expression and free inquiry to guide policymaking, colleges and universities will respond in an ad hoc way and remain one incident away from a meltdown. The task force seeks to clarify what a “philosophy” of campus free expression includes, what a campus culture informed by it would look like, and to recommend strategies for the renewal of both that our pluralistic educational institutions might adopt or adapt in light of their particular character and mission.

Faculty: Are you interested in staying connected with FIRE’s work defending academic freedom? Join our Faculty Network to receive our updates!