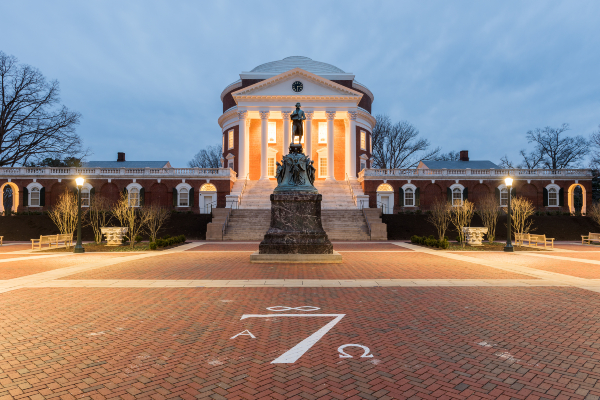 The case of a University of Virginia medical student banned from campus for asking skeptical questions at a campus panel on microaggressions illustrates just how seriously graduate school professionalism codes continue to be abused to violate students’ most basic rights.

FIRE has seen time and again these codes used to punish an array of speech that would otherwise be fully protected.

FIRE has been sounding the alarm for years on the abuse of so-called “professionalism” policies for graduate students in programs focused on medicine, teaching, counseling, dentistry, law — even mortuary science — and more. In contrast with the broad expressive rights students typically receive (either by virtue of the First Amendment at public colleges or from institutional policies at private ones), graduate professionalism codes are often used to try to make an end-run around those rights by granting programs broad authority to punish any behavior subjectively dubbed “unprofessional.”

FIRE has seen time and again these codes used to punish an array of speech that would otherwise be fully protected.

A decade ago, there was Mark Oyama — denied a teaching certificate by the University of Hawaii for expressing his personal doubts about disability education and age-of-consent laws. Around that same time, Amanda Tatro was punished by the University of Minnesota’s mortuary science program for discussing her classroom work with cadavers on Facebook. Craig Keefe was expelled from his nursing program for complaining about the program online. In 2014, UNC law students were threatened with professionalism code charges if they chose the wrong Halloween costume. There was Eastern Michigan’s Julea Ward, expelled from her counseling program for her religious beliefs under the guise of unprofessionalism. A similar rationale was used by Augusta State University’s counseling program to expel Jennifer Keeton over her views on homosexuality.

But that’s not all! Just a couple of months ago, FIRE filed a lawsuit on behalf of pharmacy graduate student Kimberly Diei after the University of Tennessee deemed her sex-positive Instagram page and a tweet referencing Cardi B to be too “vulgar” for a future pharmacist. And these are just a few examples from the last decade involving professionalism codes and the expressive rights of dental students, law students, and more.

Last week a judge ruled the suit can proceed, rejecting UVA’s assertion that Bhattacharya’s speech was unprotected because it was “offensive.”

But what allegedly happened in October 2018 when UVA medical student Kieran Bhattacharya asked pointed questions during a campus panel on microaggressions appears to be one of the most unfair examples to date. After Bhattacharya expressed skepticism about the presenter’s stance on the controversial and widely-debated topic of microaggressions, an assistant professor present at the event filed a professionalism report against Bhattacharya with the medical school. The professor cited Bhattacharya’s allegedly “quite antagonistic” tone and questioned whether he had shown sufficient “respect” to the presenter.

As UVA investigated the professionalism report, Bhattacharya grew increasingly confused and frustrated that the university appeared to be blatantly violating his First Amendment rights — as well as logic and common decency. It even mandated that he be “evaluated by psychological services,” as though he were mentally ill. But the student’s (entirely appropriate) defense of his rights appears only to have escalated tensions with the university. As Reason’s Robby Soave reported:

Bhattacharya repeatedly asked university officials to clarify what exactly he was accused of, under whose authority his counseling had been mandated, and why his enrollment status was suddenly in doubt, according to the lawsuit. These queries only appear to have made UVA officials more determined to punish him: Bhattacharya’s mounting frustration with these baseless accusations of unspecified wrongdoings was essentially treated as evidence that he was guilty. At his hearing, he was accused of being “extremely defensive” and ordered to change his “aggressive, threatening behavior.”

He was ultimately suspended for “aggressive and inappropriate interactions in multiple situations.” On December 30, UVA police ordered him to leave campus.

UVA’s administration engaged in behavior that can be described as “gaslighting.” Administrators asserted that Bhattacharya had behaved aggressively when he hadn’t, and then cited his increasing confusion, frustration, and hostility toward the disciplinary process as evidence that he was aggressive. And all of this because Bhattacharya asked an entirely fair question about microaggressions, a fraught subject.

Bhattacharya turned to FIRE in December 2018, near the height of his dispute with UVA. We put him in touch with members of our FIRE legal network and connected him with Michael J. Lockerby in the Washington, D.C., office of Foley & Lardner LLP. With the help of Lockerby and fellow Foley attorney Jack Haake, Bhattacharya sued UVA on First Amendment grounds.

Just last week a judge ruled the suit can proceed, rejecting UVA’s assertion that Bhattacharya’s speech was unprotected because it was “offensive.”

With all the brilliant minds at UVA Law (including at its prominent First Amendment Clinic), we were pretty surprised to see UVA’s lawyers making one the most basic First Amendment faux pas: the incorrect assertion that “offensive” speech is not protected speech. It most certainly is. The Supreme Court has repeatedly and clearly held that offensive speech alone, up to and including purposely hateful expression, is absolutely protected by the First Amendment.

(UVA lawyers: We have some great First Amendment resources to help you out. You can start with our very digestible Freshman Orientation programming on hate speech and work your way up to FIRE’s comprehensive “Guide to Free Speech on Campus.” There’s also our First Amendment Library with cases on point — including some greatest hits that might ring a bell from your 1L year, including Brandenburg v. Ohio, R.A.V. v. City of St. Paul, and Snyder v. Phelps. But I digress … .)

As Bhattacharya’s case shows in perhaps the starkest scenario to date, professionalism policies are being used to punish students who say just about anything, provided an administrator happens to object.

At UVA — a public university bound by the U.S. Constitution’s most stringent standards of expressive freedom — asking the wrong question about a controversial topic was enough for Kieran Bhattacharya to be sent for a psychological evaluation and banned from campus. FIRE hopes the court reviewing his case will find this to be an unacceptable result for students pursuing professional degrees at any institution bound by the First Amendment.