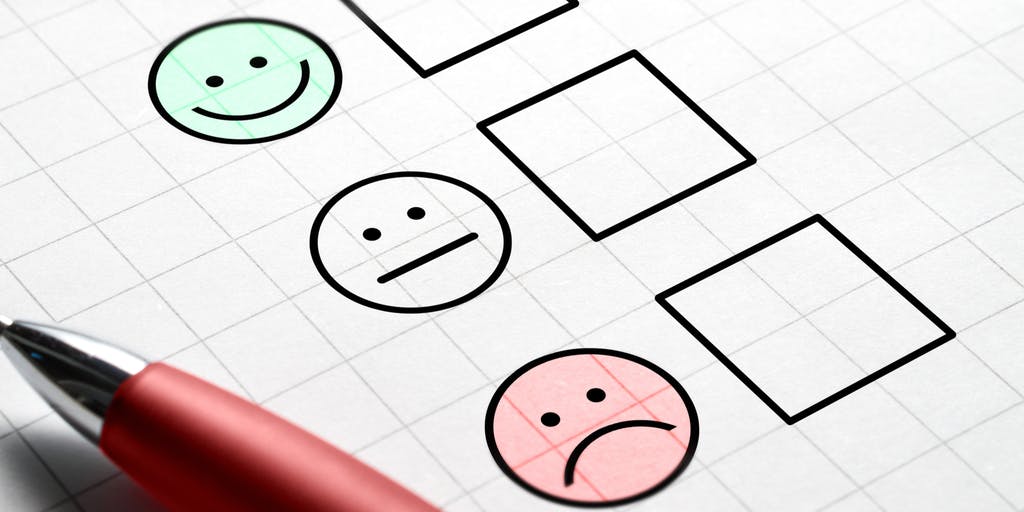 About a month into each semester, Gayle Golden sets aside a little time to ask her students about their learning.

The journalism instructor at the University of Minnesota keeps the process simple, with brief questions similar to these:

Golden collects the results, which students give anonymously, then studies the feedback and makes a list of all the information she’s received. During the next class period, she discusses the findings with her students. She tells them which suggestions she plans to put into practice, which recommendations she can’t act on, and why.

“If they told me something like, ‘I want no deadlines,’ I will say, ‘I heard a call for no deadlines, I understand deadlines are hard, but I can’t do that in this class, and the reason is this—sorry,’” Golden explains. “By saying that, I have told them I have heard them.”

This practice is called early-term feedback. Experts say it’s an effective strategy for improving teaching and learning quickly—sometimes as soon as the very next class period. It can be done with the basics—pencil and paper—or with sophisticated digital tools, like chatbots.

Not only does the process of gathering and incorporating student feedback offer an opportunity to improve a course before too much time has passed, it can also change the tone and culture of a classroom, enabling a professor to demonstrate to students that she values their perspectives.

“My experience has been, if I do early-term feedback, my relationship with the class tends to be more open—just better generally, in the sense that they feel more comfortable talking with me throughout the class,” Golden says.

How to Collect Feedback

Asking for and responding to student feedback early in the semester can be pretty straightforward, explains Kris Gorman, an education program specialist at the University of Minnesota’s Center for Education Innovation. Between weeks five and eight—and after students have received results from a major assessment—instructors ask students to weigh in on how their learning is progressing. Instructors collect responses, then figure out and explain what they’re going to do differently.

“Tell your students what things might change and which aren’t going to change, express gratitude and appreciation, and move forward into action—close that loop,” Gorman says.

The simplicity of the process belies its power. Students can benefit immediately from improved course logistics and also a more trusting relationship with a faculty member. And research shows that professors who collect early-term feedback, and who use it to make changes to their courses with the help of a consultant, can raise their end-of-semester teaching evaluations.

“It’s one of the most effective approaches for changing teacher practices,” Gorman says. “In general, faculty and instructors are really responsive to student feedback. It’s often more motivating than almost anything else they do, in terms of changing teaching practice.”

Collecting feedback can be as easy as passing out index cards. But instructors can also take a more technical approach. For example, researchers from San Jose State University employed a chatbot to interview college students about questions and concerns they had, and barriers they faced, in particular courses. Subjects were willing to offer feedback via the bot, and also expressed support for further relying on chatbots to achieve some of the course improvements they desired, such as getting help answering basic questions about textbooks, office hours and due dates.

Putting that concept partially into practice is assistant professor João Sedoc, who asks students to converse with a customized chatbot as a way to get feedback about his courses in technology, operations and statistics at the New York University Stern School of Business. He likes that the artificially intelligent tool relates to his tech curriculum. And he suspects that the engaging nature of a chatbot elicits more feedback from students than if he instead used an online survey or a Google form.

“People express themselves more,” Sedoc says. “Which is always good—the more they tell me, the more I know.”

Early-term feedback can unearth a trove of useful information.

It sometimes identifies practical course details that pose problems for students—what Gorman calls “low-hanging fruit.” Students may ask that assignments be due at 10 p.m. instead of 5 p.m. to accommodate the fact that they’re in classes all afternoon. Or they may note that a professor’s announcements are not successfully coming to them through the learning management system.

These issues can be relatively easy to fix, like when Sedoc learned through early-term feedback that students in the back of the room couldn’t hear him well enough.

Or they may take a little more time and effort to resolve. During the pandemic, Golden learned through an early survey that students felt isolated working on their assignments alone, at home, instead of how they normally would work: clustered in small groups at classroom tables. One person recommended that Golden organize students into Zoom breakout rooms, so they could better collaborate.

The change required Golden to do some “technical gymnastics,” she says. But she felt that the effort was worthwhile.

“It was more challenging for me to navitage, but for them it was much more comforting.” Golden says. “It doesn’t really sound like it was a huge deal. But if I had not asked them, and we had not brainstormed it together, I might have been stuck with this idea—this works for me, tough for you. It took a student being asked and them expressing the concern.”

Student feedback can also highlight “misalignment” in a course that an instructor may not otherwise perceive, Gorman says. Survey results may indicate that students crave more concrete examples to better understand the material, don’t grasp how assessments relate to the concepts they’re learning in class, or don’t feel prepared for exams.

“I’ve seen folks redesign their rubrics, better understanding how those are being experienced by their students,” Gorman says.

Catching this kind of misalignment early can prevent students and professors from traveling too far down the wrong path. For example, near the beginning of the semester, Sedoc asks students what they hope to get out of his classes, trying to see how well their expectations match the syllabus. Occasionally, he’ll figure out that a student has years of experience with computer programming and is therefore overqualified for a beginner’s course.

Sedoc can then tell the student, before it’s too late, that “they’re probably not going to get what they want out of the class,” he says, “because their level of technical competency is beyond what I’m calibrating the class for.”

There’s a bit of vulnerability involved in asking for feedback. Students may offer critiques that are hard to hear or that seem overwhelming to professors already feeling overworked—say, during a pandemic. Gorman suggests that faculty who are hesitant to open the floodgates with open-ended questions instead experiment by asking targeted inquiries about specific course details.

“I’ve always encouraged people to only collect feedback if you are ready to take action on it,” she says. “If you don’t have capacity, the worst thing you can do is collect feedback and not be willing to do anything to change.”

There are strategies instructors can use in designing survey questions to encourage students to offer relevant feedback instead of straying into off-topic or personal comments—the kind that Gorman says women and people of color are more likely to receive.

“Try to frame the questions about ‘What helps you learn?’” Gorman says. “Students don’t always phrase their feedback in the most pleasant terms. However, when faculty frame it upfront that they care about what the students are experiencing and they want to make changes, students will be more constructive than critical.”

It’s inevitable that some feedback will feel negative. When that happens, instructors should try to “take what’s actionable, leave what’s emotional,” Gorman counsels. But if they still feel defensive, Gorman recommends they seek support from their institution’s teaching and learning center—separate from any formal evaluation process.

That’s what one professor at the University of Minnesota did when early-term feedback revealed that his students perceived him as condescending. The Center for Education Innovation helped the professor figure out that, after years of teaching the same material, he was so adept at predicting student questions that he kept cutting people off halfway through their sentences.

“I encouraged the instructor to listen fully to the entire question,” Gorman says. Only then would he offer an answer, and follow it up by asking, “Did that clarify things, or do you need more explanation?”

The intervention helped improve the course that semester. And when the instructor continued his new approach the following term, “the climate experience for the students was completely positive,” Gorman says. “They didn’t experience the same person teaching the same class as condescending or dismissive.”

It’s an example of why, when a course gets off to a rough start, Golden believes fear shouldn’t prevent instructors from seeking feedback.

“Especially in the case of a class where you think it’s not going well, this is exactly what’s needed,” she says. “It’s like any relationship; you have to ask ‘what’s up?’ and talk about it truthfully. You’ll find if you start to do that, the likelihood is you’re going to improve the situation.”

And even if a course runs like a “well-oiled machine,” it’s worth asking students for early-term feedback each semester, Gorman says: “It communicates care just to do it.”