Which college majors are, on average, the smartest?

Philosophy majors, followed by physics and astronomy, economics and math majors, score the most standard deviations above the mean on the GRE.

Which college majors make the most money midcareer (who have not earned a graduate or professional degree)?

As Matthew Yglesias, the widely read economics and policy blogger and journalist with a Harvard B.A. in philosophy, has observed, a philosophy degree signals intelligence, which is why leading tech firms like Google often hire philosophy majors to manage algorithm developers, computer graphics and visualization specialists, coders and others with technological skills.

Studying epistemology, ethics and metaphysics, it turns out, isn’t just valuable in itself, but as a proxy for other attributes, above all, logic and rules-based thinking.

Gut instinct, hunches and intuition are generally poor guides to decision making. In today’s challenging economic environment, it’s essential for academic administrators at all levels to acquire a firm grasp of data-informed decision making and academic program evaluation and management.

A good place to start is Robert Gray Atkins’s Start, Stop, or Grow, an eminently digestible guide to understanding academic programs’ financials, course and department economics, shifting patterns of market demand and strategies for deciding which programs to launch, sustain, sunset or grow.

This book also describes the process that campus leaders should follow if they hope to strengthen their relationship with the faculty and enhance their institution’s financial health by optimizing costs, increasing retention and pursuing growth strategies by initiating new majors and entering into new markets.

Let me note, at the outside, that the Atkins book is in part a sales pitch for Gray Associates, a higher education data analytics, software and strategy consulting firm. In general, I am reluctant to refer to literature that can be dismissed as self-interested or self-serving, but in this case, let me make an exception. The information this book provides is far too valuable to be dismissed as puffery, sales patter or mere marketing pablum.

Economics is, after all, all about trade-offs, since every choice involves a cost, whether in terms of options forgone or alienated stakeholders and the economics of higher education are no exception.

The book reminds us that the path to an institution’s financial health or sustainability is littered with trade-offs.

Alongside the concept of trade-offs, Atkins emphasizes the notion of margin, the difference between the revenue a program or course generates and the staffing, laboratory and support costs that it incurs. Nonprofit colleges and universities do not, of course, generate profits. But these institutions must, nonetheless, produce sufficient revenue—margin—to pay for the cross-subsidies and overhead that allows the institution to function.

Calculating each program’s margin is no easy task, and much of the Atkins book discusses, in readily accessible language, how to do this. As Atkins explains, margins generally need to be at least three times instructional costs.

Contrary to what you might think, some programs with lower-cost faculty and large-enrollment gen ed classes, like English and history, tend to have below-average margins, while some higher-cost programs, like computer science and nursing, produce above-average margins. In fact, nursing has margins 40 percent above average, despite high costs and enrollment limits imposed by accreditors and clinical providers.

So what, then, should administrators do? The president or chancellor, provost, deans, department chairs and program directors must:

▪ Cultivate a common framework of understanding.

Without a common set of accepted facts and a shared framework and language for interpreting data, consensus building is likely impossible. Even then, however, achieving agreement will be difficult as priorities clash and interests collide.

▪ Evaluate each program, whether it currently exists or is proposed, rigorously and systematically.

Such an evaluation involves:

As William F. Massy, a professor emeritus of education and business administration and a former vice president and vice provost at Stanford, puts it, a successful strategy to make a university more financially healthy must be mission-centered, market smart and margin conscious. It must “use the proceeds derived from the market to invest” in its values and historic mission. Anything less will quite rightly alienate faculty, alumni and students alike.

Efficiency isn’t a four-letter word. It’s one of the ways—along with grants, contracts, patents, partnerships, philanthropy and ancillary revenue—that institutions use to generate the surplus needed to invest in college priorities—existing and prospective academic programs, student services, research and community partnerships—as well as in facilities operations, maintenance, regulatory compliance, financial aid administration, student mental health and a host of other expenses.

A key to maximizing efficiency is to optimize course offerings, scheduling, staffing and delivery modalities. In some instances, this will certainly produce pushback by:

But in other cases, efficiency can actually expand enrollments and accelerate students time to degree. Offering more sections of required or gateway courses at times that students find convenient or online can be a win-win, synchronously or asynchronously, can augment department enrollments and remove bottlenecks to degree completion.

The simplest, most straightforward way to improve an institution’s finances is to retain more students. A single failed class that leads a student to drop out or transfer typically costs a college tens of thousands of dollars in lost revenue. It is far cheaper to keep a student than to find and enroll a replacement.

To be strategic requires administrators to be attentive, purposeful, proactive, decisive, forward looking and goals oriented. It entails an awareness of threats and opportunities and a commitment to making decisions based on evidence and informed hunches. It also means aligning recommendations with the institution’s mission, financial health and long-term sustainability.

The techniques that Atkins describes can, of course, be used for good or ill. They’re tools, after all, and any instruments, in the wrong hands, can be used for evil: for example, to lure undergraduates into institutions without any guarantees of four years of financial aid or draw master’s students into programs that result in high debt and poor employment prospects.

The astute analyst of legal education who writes under the pseudonym Unemployed Northeastern has described some of the rather nefarious strategies that some law schools have adopted to maximize revenue, rankings and reputation.

In the early 20th century, the elite law schools did their best to discredit and destroy what Lawrence Friedman called “the ethnic bar”—the night schools and correspondence schools that taught Blacks, women and recent immigrants to be attorneys—while implementing admissions tests (which originally included a requirement to translate Greek and Latin texts) purposely designed to keep out “interlopers.”

The elite institutions subsequently pioneered a curriculum that was theoretical rather than practical or vocational, hired faculty straight out of law school rather than from the practicing bar and taught law students “how to think like an attorney,” rather than how to actually practice law.

More recently, as Unemployed Northeastern explained to me, accredited law schools responded to a sharp drop in enrollment in J.D. programs during recent recessions by implementing a host of master’s degrees in law—the M.L.S., M.Jur. and L.L.M., among others—of questionable or uncertain value.

Now, to make applying to law school easier, a growing number of law schools no longer require the LSAT, and the American Bar Association is considering dropping its requirement that law schools use any standardized test when weighing student applications.

So make sure that as your institution strives to achieve financial health and sustainability, it follows the advice of Robert Gray Atkins and William F. Massy: remain mission conscious and values centered. Anything less is profoundly unethical.

Steven Mintz is professor of history at the University of Texas at Austin. 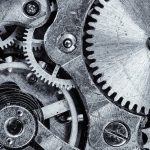 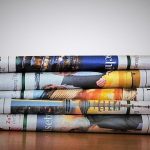 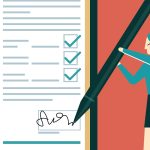 How To Apply for Student Loans 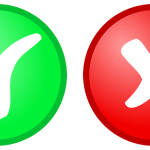 Can You Reapply to a College After Getting Rejected? 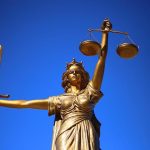