The Unintended Consequences of Universal Preschool 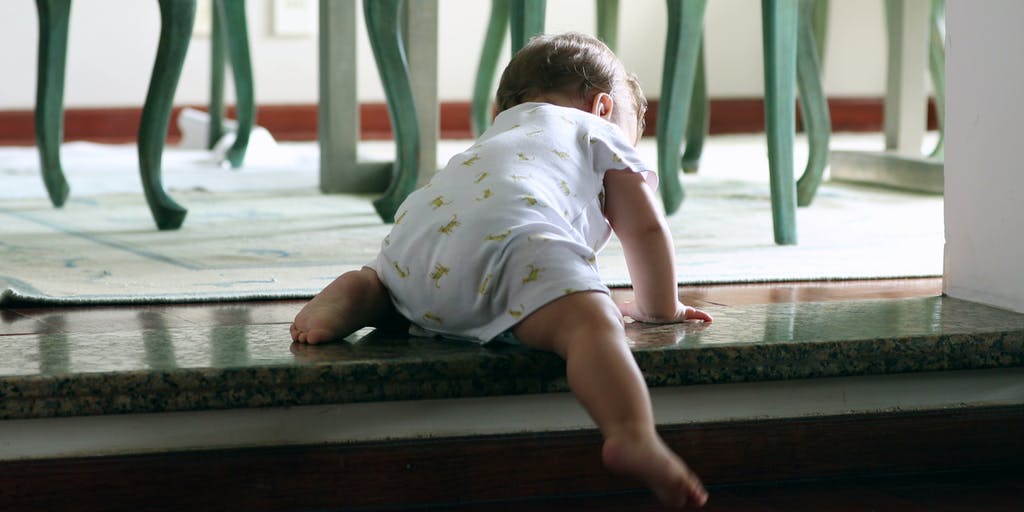 One of the hallmarks of President Biden’s $1.8 trillion American Families Plan is its ambitious proposal to create something tantamount to universal preschool for 3- and 4-year-olds. The plan calls for a national partnership with states that, when fully implemented, could put five million children into high-quality programs and save the average American family $13,000 per year.

The proposal has a long way to go before becoming a reality. And with the Senate split evenly between Democrats and Republicans, there is a chance the program may not materialize at all. But even the prospect of universal preschool, long embraced by other developed nations, is ginning up a great deal of attention and interest from the public, especially after a hard year that has revealed to many families just how critical early care and education is to a healthy, functioning U.S. workforce, not to mention its importance for young children.

Yet the proposal alone will not close critical gaps in child care and preschool, and experts warn there could be unintended consequences—for families, educators and young children. That’s because the landscape of modern child care operates as something of a patchwork in the U.S., and profitability (or even sustainability) can be difficult to come by. But experts say it can be done well, provided the program is well-resourced in the long term.

“We can’t be afraid of the size of the budget that’s required,” says Mary King, a professor of economics emerita at Portland State University, adding that compared to what is needed to fund K-12 schools, it’s a drop in the bucket. “It’s just a few years of education, and it’s critical that whatever we do is high-quality.”

The benefits of high-quality, widely accessible preschool go well beyond economics, and decades of research have shown the lasting impact of high-quality early childhood education. A few years ago, a group of researchers examined a clutch of studies from the past 60 years and found that children who attended high-quality early childhood education programs were more likely to graduate from high school, less likely to be placed in special education programs, and less likely to be required to repeat a grade.

As early childhood educators know, from birth to age 5, children’s brains grow more rapidly than at any other time, making those critical years for learning and development. Yet, notably, as the child care system in the U.S. currently operates, some families are able to access high-quality early care and education, while families prohibited by cost and access are often left behind for the long-term.

A number of cities and states have taken note of this, along with research on the impact on the workforce and economy more generally, and have implemented their own universal preschool programs over the years. (They have also, no doubt, seen the studies showing that for every dollar spent on early childhood education, there is a 13 percent return on investment year-over-year.)

Truly universal pre-K programs—those that are open to everyone, though enrollment is not mandatory—exist in New York City, Vermont, Florida, and the District of Columbia, among other places. Joining their ranks are Colorado and Multnomah County, Ore., thanks to measures approved in the November 2020 election, though these plans will take some time to become truly universal.

Experts say that past efforts have not always gotten it right. But they do offer a useful roadmap for the challenges ahead. EdSurge interviewed experts in early childhood education and child care markets to understand what the Biden administration must consider—and ultimately include—in its plan to make good on the plan’s promise that a federal universal preschool program would be high-quality, accessible and inclusive.

The Impact on Infant and Toddler Care

Biden’s plan would provide care and education for 3- and 4-year-olds. But what about infants and toddlers, who also experience profound benefits from early childhood education and for whom seats are already in short supply and costs are incredibly high?

The expansion of public preschool options may reduce—and in some cases has reduced—the availability of infant and toddler programming in that area. In New York City, universal pre-K options include both private providers and public schools, with private providers compensated by the government for enrolling students. When the city expanded its universal preschool program to include 4-year olds in 2014, it produced a shift, as existing child care programs that previously had toddler and infant spots raced to serve newly-eligible pre-K students.

That led to fewer seats available for children under age 2—about 2,700 fewer, according to a working paper published four years later by Jessica Brown, an assistant professor in the department of economics at the University of South Carolina. Worryingly, the effects were concentrated in the lowest-income areas of the city. Those losses account for a reduction in about 15 to 20 percent of the total availability of infant/toddler care in the city, she says.

What’s going on here, Brown explains, is that as private child care programs lose older children to public pre-K sites, they also lose revenue. Eventually, they have to make a decision: either reduce costs by lowering quality, or shut down the business altogether.

Child care programs actually bring in the most revenue from their oldest children, Brown adds. While infant care is the most expensive for families, the low teacher-to-child ratios and safety requirements make it a less attractive option for providers who must balance tuition payments against labor costs.

The U.S. has never really considered providing universal care and education from birth to age 5. So the solution may lie in giving subsidies or financial incentives to child care providers who offer infant and toddler care. This is the approach that Multnomah County, which encompasses the city of Portland, Ore., is taking.

The Multnomah County universal pre-K plan includes an Infant and Toddler Slot Preservation Fund that can offer up to $25 million a year in incentives for providers who retain spots for younger children and who increase their wages for educators who work with children ages 0-2, helping to preserve the workforce.

Such an approach would need to be factored into Biden’s funding package, and it would raise the already eye-popping price tag on his plan. But experts say it would be the responsible way to implement universal preschool.

Public preschool can hurt the quality and availability of infant and toddler care in other ways. Namely, many public programs offer more competitive wages and benefits than private options can afford to do, drawing more-qualified educators away from their current roles and adding to the field’s already-high turnover rate. This affects children of all ages who aren’t served by or enrolled in universal preschool sites, not just infants and toddlers.

“It connects to quality because having experienced teachers and continuity of care are so important, especially given how important bonds are between caretaker and child,” says Gregory Brender, director of public policy at the Day Care Council of New York, a federation of child care providers. “Consistency of caretakers is a marker of quality.”

Raising pay for teachers hired by universal preschool programs is well-intentioned and necessary, experts say. But it could run private child care programs out of business, as skilled educators flock to the more lucrative positions and private programs are left with no room in the budget to offer financial incentives to encourage staff to stay.

“The biggest challenge in New York City was losing staff. They’d go where they could be paid higher, at the teacher and director level,” says Brender. “We’d hope we could also see an investment [in Biden’s plan] that could support staff—teachers and directors—in infant and toddler programs.”

Any well-designed universal preschool program, he adds, would lay out a path to establishing salary parity industry-wide.

That’s an improvement, but it is also an insult, says King, the professor emerita at Portland State University, who is involved with the Multnomah County universal preschool program. “It’s very upsetting,” she says emphatically. “That is not enough for people who create a really valuable public service with so many positive impacts. No, they need to double preschool salaries, as they are doing in Multnomah County.”

Multnomah County’s program includes the implementation of a wage adjustment for assistant teachers to a minimum of 75 percent of lead teachers. It’s a model King believes should be copied nationwide, a sentiment that others share.

“With a big public program like this, if it pays too little, it will cement low wages into this labor market,” King says. “Paying $25,000 a year—that’s just wrong. And it doesn’t keep skilled, dedicated people in the classroom.”

“That’s absolutely because you cannot support yourself and your family on wages earned in early childhood education,” King explains.

Pony Up, or Don’t Bother

For universal preschool to be done well, it can’t be done halfway or half-heartedly, experts say. That’s because a variety of factors contribute to program quality, including appropriate staffing, fair teacher compensation, curriculum, credentialing requirements, staff professional development and child assessments. All of these elements come with a price tag.

Several states have implemented or expanded public pre-K without putting up adequate resources and funding, King says. In those states, the “government option” is seen as a lower quality one than private child care programs. To avoid that happening with a federal program, the Biden administration and Congress must be ready to fund preschool meaningfully, she adds.

Biden’s plan calls for a $200 billion investment in free, universal preschool over an unspecified period of time. By comparison, Sen. Elizabeth Warren’s (D-Mass.) proposal calls for $700 billion over 10 years. Other estimates, including ones from the National Academy of Sciences and the National Women’s Law Center, suggest that a successful system to support children from birth to age 5 requires between $140 and $495 billion per year.

One of the real drawbacks of universal preschool programs—especially when the new preschools are embedded in K-12 public schools—is that they tend to follow K-12 schedules, meaning shorter school days and abbreviated school years.

For an increasing number of families, this arrangement does not align with their realities. Many need early-morning and late-night hours, as well as year-round care and education.

“A lot of parents need a longer day of care,” says Brender of the Dare Care Council of New York. “Pre-K that has the flexibility to support that is important.”

Programs that simply adapt to K-12 schedules will inevitably leave out the families who stand to benefit the most from a free, public preschool program. These include low-income families, single parents and Black and brown families, all of whom are overrepresented in industries and jobs that require overnight shifts and weekend work.

Restaurant and hotel workers, health care professionals, home health aides—all of these jobs come with irregular and unpredictable work schedules, King explains. “If you leave out care and preschool for those days and hours,” she says, “you leave them out.” Some public preschool options, she believes, should be set up to operate with “drop-in” hours. This might require overtime or incentive pay for the early childhood educators who agree to work those hours, King acknowledges, but it is the only way to implement universal preschool equitably.

“We really need to make sure that any big public program is centering the needs of people with the least access now, so that their families are included,” King says.