PROOF POINTS: Robert Slavin championed the use of scientific evidence to figure out what works in education

Get important education news and analysis delivered straight to your inbox

Scholars typically reflect on their life’s work in these speeches but Slavin had no interest in that kind of self-contemplation. Instead he plunged into the research evidence for his latest obsession: intensive, daily tutoring for millions of children from low-income families as a way to make up for the months of missed school during the coronavirus pandemic. It’s an audacious idea to give daily tutoring — something that seems too expensive for many upper middle class families — to impoverished children. But Slavin passionately argued that tutoring programs were at least four times more effective than all the other ways of helping kids catch up, listing the statistical effect sizes from his meta-analyses one by one.

“In these exciting times, why would I pass up an opportunity to talk about not just what I am interested in, but what I and my colleagues and partners are actually doing, which could (perhaps) have a big impact on evidence-based education?” Slavin told me by email afterwards. “If Eisenhower had to give a speech in July, 1944, would he talk about his long and interesting military career?”

It would be the last time we corresponded.

Slavin died unexpectedly at age 70 of a heart attack on April 24, 2021, two days before he was planning to launch his new project, Proven Tutoring, to advocate for the use of tutoring programs that have been proven to work in research studies. His colleagues at Johns Hopkins University kept to Slavin’s production schedule and launched it on April 26.

Slavin was not famous outside of education research circles. He didn’t write best-selling books for parents on how to raise children or advise teachers on how to instruct. He wasn’t a philosopher who developed new educational theories. Instead he was interested in identifying programs that work, especially those that serve low-income children of color.

“Our field isn’t all about creating a theory,” said Deborah Loewenberg Ball, a professor of education at the University of Michigan. “People have different ideas about what they can do to actually impact practice.  Bob was undoubtedly well revered because of his consistent effort to think about young people and children, particularly children living in poverty.”

During his 50-year long research career, Slavin wrote more than 25 books, plus another 100 book chapters, and published more than 250 academic journal articles. He is perhaps best known for creating  “Success for All,” a school reform program that he founded with his wife, Nancy Madden, who is also a Johns Hopkins professor, and which has served over 3 million children in 2,000 schools. It’s noted for teaching reading to low-income children in urban elementary schools. He helped launch a program to give glasses to every child in Baltimore after completing a study that proved the program boosted reading performance.

I consulted Slavin frequently because of his passion for research. He was a leader of a movement to improve the quality of education research and for schools to use scientific evidence to guide instruction. Slavin wanted education to become more like medicine and to test instructional programs in the same way that medicines and vaccines are tested in clinical trials.

Slavin and his team at the Center for Research and Reform in Education devoured academic journal articles by the hundreds, distilling them down to find programs that were proven to work. When he was unsatisfied by the research standards at the What Works Clearinghouse inside the Department of Education, he created his own rival website, Best Evidence Encyclopedia. He later developed an easier-to-digest site aimed at teachers and school administrators, Best Evidence for ESSA.

He made enemies along the way, publicly disparaging studies that didn’t meet his high standards in his weekly blog. Slavin argued for the importance of randomized controlled experiments involving large numbers of children, where students who receive an intervention are compared to students who don’t. And he insisted that the learning gains be measured by objective metrics, not by a researcher’s or a company’s own assessment.

Many of Slavin’s views on how to make proper sense of prior research came together in this 2016 article, where he argued that the failure to throw out low-quality studies can lead us astray. Slavin’s views are diametrically opposed to those of John Hattie, the bestselling author of “Visible Learning,” who has written several books about what works in education by factoring in all studies.

“John Hattie is wrong,” Slavin wrote. “Hattie and others who uncritically accept all studies, good and bad, are undermining the value of evidence.”

I’ll miss Slavin’s pungent judgments and his endless energy. Slavin was a detail-oriented statistical analyst but not locked inside the ivory tower. He was interested in practical solutions and improvements that could be useful in the real world and implemented in real schools. Millions of children have directly benefited from Slavin’s work and the whole field of education is slowly shifting to Slavin’s view that schools need more rigorous research and better evidence.

This story about Robert Slavin was written by Jill Barshay and produced by The Hechinger Report, a nonprofit, independent news organization focused on inequality and innovation in education. Sign up for the Hechinger newsletter.

The Hechinger Report provides in-depth, fact-based, unbiased reporting on education that is free to all readers. But that doesn’t mean it’s free to produce. Our work keeps educators and the public informed about pressing issues at schools and on campuses throughout the country. We tell the whole story, even when the details are inconvenient. Help us keep doing that. 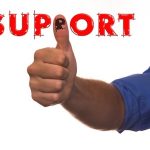 The 21 Best Colleges for Students With Learning Disabilities 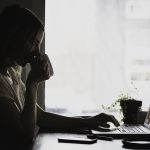 Where to Find Them and How to Prep 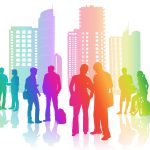 What Looks Good On A College Application?