Pass/Fail Grading Was an Act of Pandemic Compassion. Is It Here to Stay? 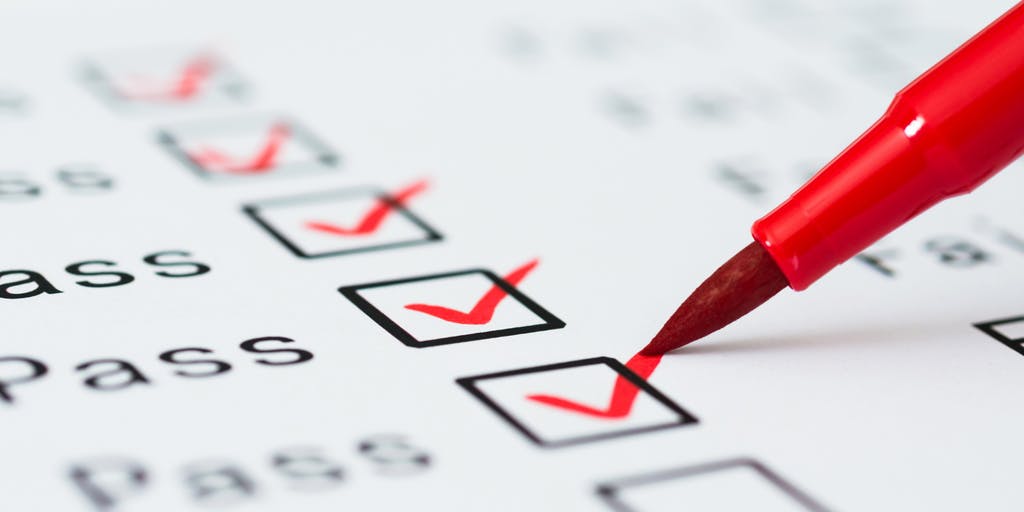 In his 21 years of teaching, Jesse Stommel says he has never put a grade on a piece of student’s work. As executive director of the journal “Hybrid Pedagogy,” which explores alternatives to traditional assessments, he says using student self-evaluations better takes into consideration all the demands and stresses of their lives when compared to traditional grading.

So it would be reasonable for Stommel to think that when the pandemic forced universities to suddenly finish the term remotely—a time when students needed compassion in grading more than ever—his approach would already be well-suited for the moment.

“What I actually found was I changed my own grading approach significantly in the midst of the pandemic. Students were extraordinarily stressed and being really hard on themselves,” he says of his students at the University of Mary Washington. “It’s not like that comes from just underestimation of their performance or abilities. I think it also has to do with a culture we’ve created in education, particularly higher education, that demands a sense of quote-unquote rigor.”

Universities across the globe adjusted their grading policies to alleviate the heightened stress and sudden loss of support that came with the pandemic. They offered some variation of pass/fail rather than letter grades, with the objective of cushioning the impact on students’ GPA.

By Stommel’s measure, though, these changes didn’t have the impact universities imagined. Bureaucratic hoops and complex language explaining the policies likely kept students who needed the most support from taking advantage of them, he says.

“We need a complete re-imagining of how we grade students,” Stommel says. “Even before, during and after the pandemic, students are struggling with food or housing insecurity, or massive loan debt and can’t afford books. How do we measure that within our approach grades?”

When Stommel spoke to EdSurge just as the pandemic was beginning to crest in the U.S., he planned to give his students all As if the university didn’t provide grading flexibility. The University of Mary Washington ultimately offered students traditional grades with the option to request pass/fail on a class by class basis. He says at minimum it should have been the opposite, with pass/fail as the default and an opt-in for letter grades.

“A student has to take that action, and it feels like an acknowledgement of their inability to succeed in the traditional system. And a ‘pass’ on their transcript communicates to anyone that that’s the choice that they made,” Stommel says. “Why would we be quibbling about the details of an A or B amidst a global pandemic?”

Stommel’s observations mirror the thought process behind the choice Aubrey Blake, a graduate student at the University of Houston-Downtown, made when weighing her options between a letter grade or “satisfactory” at the end of her spring classes. Blake says it felt like a particularly difficult semester in her nonprofit management program. Alongside the pandemic, Texas suffered a winter storm in February that knocked out electricity and water for days. She also had several combative exchanges with a professor over assignments for which she didn’t receive credit.

“I got a B. I could have fought for an A, but I was just tired. This man almost failed me because he didn’t put my grades in,” Blake says. “Most of these people are heads and CEOs and executive directors of nonprofit programs—notable programs in the community. They were completely devoid of empathy regarding the pandemic, or the winter storm.”

Blake says her professor encouraged students who received a B or lower to take the satisfactory/unsatisfactory grading option offered by the university. But with an eye on a career in academia and teaching, she wasn’t convinced it would be the right move for her.

“It doesn’t look good to have a transcript full of grade letters and then a ‘satisfactory’ or ‘unsatisfactory.’ They’re going to think you got a C or a D,” Blake reasons. “It just doesn’t read that well.”

Natalie Gonzalez, who is studying graphic design at Pratt Institute in New York City, felt that letter grades would work better for her long term academic record, even when her campus closed in March 2020. But Gonzalez didn’t have a choice in the matter. The university announced in an email that all courses would be graded on a pass/fail basis.

“It did help a lot of people because we [didn’t] really know what’s going on, and being on Zoom is such a new thing,” Gonzalez recalls. But the college made the decision toward the end of the semester, after students had been working hard assuming they would be graded as usual. “It wasn’t the right way to go since people like myself worked really hard for the GPA they earned,” she says.

She was disappointed that college officials didn’t ask students for input before creating the policy.

“We’re trying to get our GPAs up because, at the end of the year, we get offered a scholarship. So a lot of students were not happy,” Gonzalez says of the blanket policy. “I’m friends with a lot of people who care about their grades, and they’re very attentive to their classes. A lot were disappointed.”

Taking the pressure off

Before the pandemic struck, MIT was nearing the end of a two-year experiment that increases grading flexibility. It had adopted changes in May 2020 that allow upperclassmen to take up to four classes on a pass/no-record basis. Freshmen have long received pass/no-record grades during their first term and ABC/no-record during their second term.

In response to the pandemic, MIT also drew up policies that protected students from ending up with failing grades on their transcript.

It may be surprising that an institution with MIT’s reputation for high standards would increase students’ ability to steer further away from letter grades. But Ian A. Waitz, Vice Chancellor for Undergraduate and Graduate Education, says the policy will improve the learning experience overall. Specifically, it aims to eliminate the temptation for freshmen to load their schedules with MIT’s universally-required courses by giving them more chances to take pass/no-record classes later.

“In particular, they would sometimes take classes they don’t like on P/NR to get them out of the way,” Waitz says. “What we wanted to do was encourage them to really explore and take classes that would set them up, as individuals, to the greatest extent possible for whatever they wanted to pursue.”

Waitz says that this more flexible approach is not incompatible with the academic rigor for which MIT is known. While pass/no-record scores don’t appear on transcripts, they’re still viewable by students and their professors.

“Students that come to MIT and many other universities are very, very successful in their high school environments. Then they get here, and there’s a lot of saying, ‘Well, am I as strong as everyone else here?’” he explains. “We really want them to work collaboratively and focus on learning—and, to the extent we can, sort of remove competitive dynamics and the focus on grades. That first semester in particular, it’s been really helpful to have that pass/no-record grading.”

Stommel says most universities are talking about their return to pre-pandemic grading rather than making permanent changes. Many colleges resumed normal grading practices during Fall 2020. The University of Pennsylvania earned the ire of students by urging them to “think very carefully” before taking the pass/fail option this spring.

There is a bright spot for Stommel and scholars who share his views, though. The pressure on institutions to change the way they think about grades and assessment is sparking conversations among instructors around higher education, he says.

“There are books being published, there are articles being written, there are teachers experimenting—teachers reaching out to me,” he says. “The conversations I’ve had in the last two years have really felt like they’ve pushed the needle on the dialogue we need to have.”