Opinions On Homeschooling Have Changed During The Pandemic 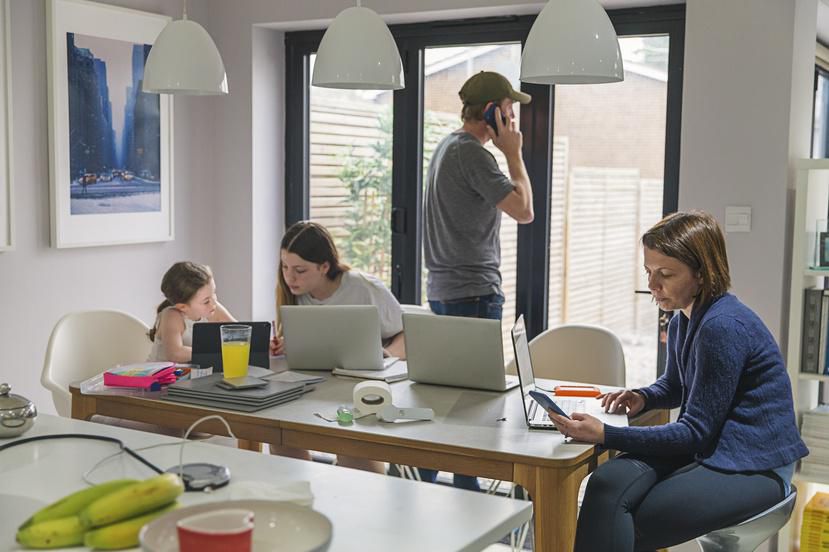 It was one year ago when school buildings began to shutter and students retreated to their homes to try and stop the spread of the coronavirus. While not technically homeschooling (they were still enrolled in their school and working on curriculum prescribed by teachers, not their parents), many families got a hint of what homeschooling might feel like, and how the dynamics of their family might change were they to educate their children at home.

If you only looked at social media, you would think it a complete disaster. Numerous posts on Twitter and Facebook decrying how unprepared and overwhelmed parents were went viral, as did calls to pay teachers multi-million-dollar salaries after parents had to try teaching their kids on their own. Homeschooling, it seemed, was a bridge too far.

But were those posts representative of broader sentiment? We at EdChoice have been polling a nationally representative sample of Americans (including a huge number of parents) every month since March of last year, so we have a more holistic view of public—and parent—opinion.

A year in, let’s take a look at what they think.

Result #1: Parents are more favorable to homeschooling as a result of the pandemic.

We ask the question “How have your opinions on homeschooling changed as a result of the coronavirus?” Already in March of 2020, 55 percent of parents said that they were more favorable, and only 17 percent were less favorable as a result of the pandemic. Favorability has only trended upward in the ensuing months. By February of 2021, it was up to 63 percent. Those less favorable have trended up as well, but only up to 21 percent.

There have been some contours in those numbers over time, though. Within the favorable category, respondents can say whether they are “much more favorable” or “somewhat more favorable.” Those who identify as “much more favorable” started at 26 percent of respondents in March of 2020 and rocketed up to 43 percent by July. That figure has since ticked downward and by February of 2021, it was right back to where it started, 26 percent. The growth in favorability has come from respondents who say that they are “somewhat more favorable.” That response started at 29 percent in March, peaked at 40 percent in January of 2021, and ticked slightly down in February, to 37 percent.

To comply with social distancing guidelines, schools across the country have instituted “hybrid” schedules, where students attend in-person classes part-time and work from home the rest of the time. (Check out this great tracker from AEI to see what districts are in-person versus hybrid versus remote.) Interestingly, there are a cadre of schools that already used a hybrid model before the pandemic started and offered some lessons for how to homeschool part-time.

Starting in January of 2021, we have asked parents if they were open to considering a part-time schooling model in the future after the pandemic subsides. Candidly, given polling from other sources that say that parents have not been happy with hybrid learning, I expected the percentage of families who want to continue to be quite low.

Result #3: Homeschooling parents have been satisfied with their children’s learning during the pandemic.

Far from what the loudest voices on social media seem to say, the pandemic has made people more favorable to homeschooling, not less. Those who have homeschooled have found it to be a positive experience. It has even caused families to think about hybrid models that might offer the best of their homeschooling experience while still offering some of the features of traditional schooling. Watch for enrollment numbers in the fall to see if and how these preferences transfer to actual behavior.