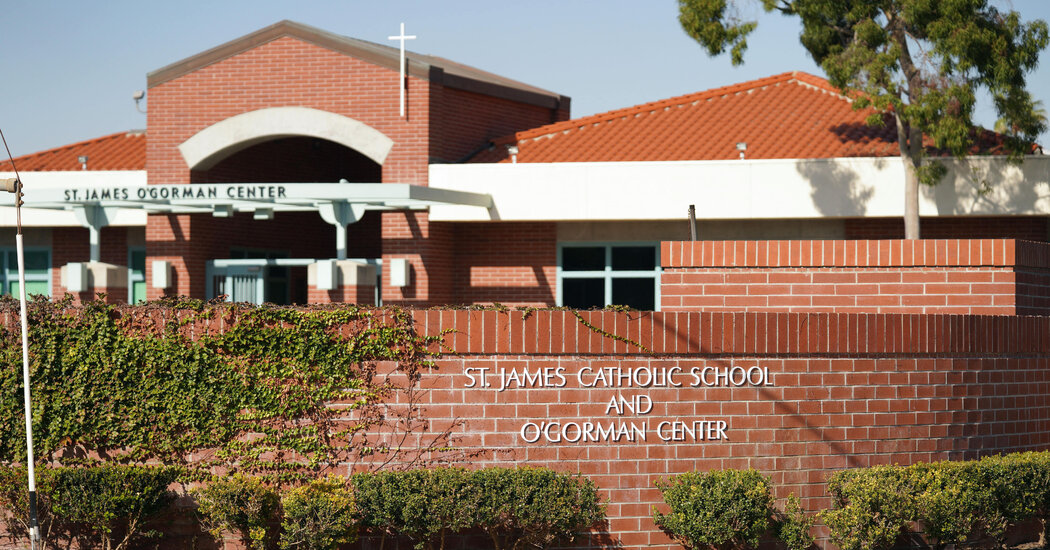 As a Catholic nun, Sister Mary Margaret Kreuper had taken a vow of poverty.

But this week, prosecutors said Sister Mary Margaret, 79, had agreed to plead guilty to stealing more than $835,000 from a Catholic elementary school to support a gambling habit and to pay for other personal expenses.

Sister Mary Margaret was charged on Tuesday with wire fraud and money laundering while she was the principal of St. James Catholic School in Torrance, Calif., the office of the U.S. attorney for the Central District of California said in a statement. She is scheduled to appear in the Federal District Court in Los Angeles on July 1.

Sister Mary Margaret admitted to a “fraudulent scheme” in which she “lulled St. James School and the administration into believing that the school’s finances were being properly accounted for and its financial assets properly safeguarded,” prosecutors said.

She confessed to causing losses to St. James Catholic School totaling $835,339 over the course of the scheme, the statement said. She retired as the school’s principal in 2018, after 28 years in the role, it said.

According to documents accompanying the plea agreement, Sister Mary Margaret diverted school funds into the school’s convent account and its federal credit union savings account, and then used the money for “expenses that the order would not have approved, much less paid for,” including large gambling expenses at casinos in Nevada and credit card charges.

“As soon as she was confronted she accepted full responsibility for what she had done and she has cooperated completely with law enforcement and the Archdiocese,” they said in a statement. They added that “she has been suffering from a mental illness that clouded her judgment and caused her to do something that she otherwise would not have done.”

They said Sister Mary Margaret became a nun when she was 18, and for the next 59 years she dedicated her life to “helping others and educating children in Archdiocesan schools.”

Her religious order, Sisters of St. Joseph of Carondelet, which according to court documents was paying for her living expenses, said in a statement on Wednesday that it would not comment until the legal process was completed.

She also admitted to falsifying monthly and annual financial reports, and to telling school employees to alter and destroy financial records during an audit, the prosecutors’ statement and court documents said.

Concern over the school’s finances started to increase as the Archdiocese of Los Angeles began to prepare for the change of leadership in 2018, the archdiocese said in a statement. A financial review showed “a substantial amount of school funds had been misappropriated for personal use by Sister Mary Margaret,” it said.

In December 2018, after a meeting with the archdiocese, the Torrance Police Department said that it was dedicating additional staffing to help examine evidence and find people who had submitted tuition checks, account payment information or cash donations.

In a statement on Tuesday about Sister Mary Margaret’s guilty plea, the archdiocese said the revelations had “shocked and saddened” the community.