NACAC View: Bans on Critical Race Theory are Harmful to Students and Educators

By Crystal E. Newby and David A. Hawkins

To say race relations in the United States have been tumultuous over the last year is an understatement. Many Americans and individuals worldwide watched the horrific footage of the murder of George Floyd at the hands of police in May 2020. And although one of his killers has since been convicted and jailed, we continue to watch the loved ones of Ahmaud Arbery and Breonna Taylor fight for justice. It seems like every day there is an incident in the news where a Black student is forced to cut their hair to compete in a sporting event or to walk in their high school graduation ceremony. There have even been instances when white educators made derogatory remarks toward students of color when they thought no one was listening.

Just recently, Pulitzer Prize winning journalist, Nikole Hannah-Jones, was denied tenure at her alma mater, the University of North Carolina at Chapel Hill, for a role in which it’s traditionally granted. Many allege the decision was due to her extensive involvement in the 1619 Project—an initiative of The New York Times Magazine that analyzes how slavery shaped American political, social, and economic institutions. These events are just a small sample of what BIPOC individuals face daily, yet some state officials have proposed banning discussions of systemic racism in schools, particularly any context of critical race theory (CRT).

What is CRT? CRT is a concept that examines the impact of systemic racism on the laws that have shaped the US, specifically the implications of those laws on people of color. Slavery, Jim Crow laws, and the criminalization of marijuana are a few examples of how US laws have adversely affected BIPOC individuals, particularly Black people. The effects of laws such as these have trickled down generation to generation and have prevented Black people from buying property (redlining), attending certain schools, and even receiving adequate and effective counsel in the legal system. Instead of diving deeper into the historical context of systemic racism so it can be dismantled, the proposed bills and the individuals who support them are simply normalizing and minimizing racial disparities.

In 2020, former President Donald Trump introduced an executive order that banned diversity, equity, and inclusion training as well as CRT training for federal workers. Fortunately, President Biden revoked that order. As state legislative sessions unfold across the country in 2021, lawmakers in several states are promoting legislation that would bar the teaching of critical race theory in public schools. As one Chronicle of Higher Education story notes, “Republican lawmakers across the country have declared war on an academic concept, and—according to scholars of the theory—reduced a dynamic school of thought to a poorly drawn caricature.” Kimberlé Crenshaw, a Columbia Law School (NY) professor and a leading scholar on critical race theory, has publicly stated CRT has been misinterpreted and utilized as a political device.

These efforts stand in fundamental opposition to NACAC’s commitment to diversity, equity, and inclusion. In particular, efforts to ban the teaching of CRT go against NACAC’s core values of education and social responsibility.

This core value requires us to commit to the principles of education itself, which in turn requires us to challenge assumptions about our profession, the college admission process, and the world in which both are situated. If we cannot step outside of ourselves to ask critical questions, how can we rightfully expect that those we are entrusted to educate will be well-served? We cannot truly educate without a robust understanding of systemic challenges our students, families, and professionals face. Likewise, teachers and faculty similarly cannot educate students if they are prohibited from talking about the very real effects of ongoing individual and systemic racism in the United States.

This core value further requires us to confront realities that affect our professional community and the students and families we serve. A commitment to social responsibility is compromised if we indulge or ignore efforts to hide from or censor discussions about race and racism.

NACAC’s core values dictate that efforts to ban CRT in schools and colleges are counter to our educational and national interests. 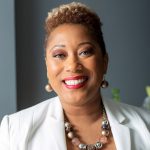 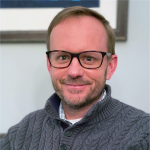 David A. Hawkins is NACAC’s chief education and policy officer.