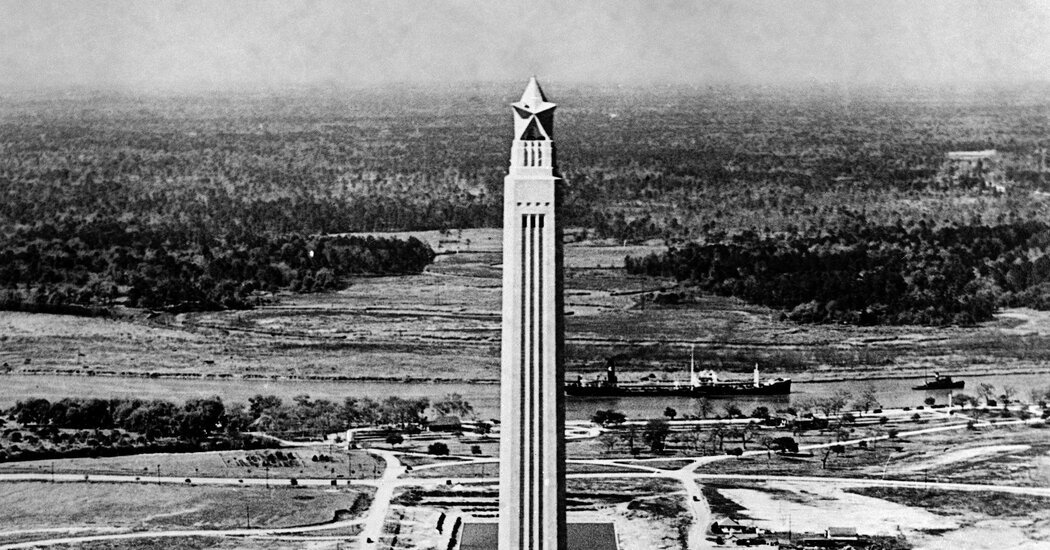 In the Trump era, California’s Democratic-led state government emerged as a kind of resistance government-in-waiting. State lawmakers passed some of the nation’s strictest environmental protections, took steps to ensure universal access to health insurance and filed dozens of lawsuits against Trump administration policies.

Now that the presidency has changed hands, the shoe is on the other foot. It’s now Texas — the second-most-populous state in the country behind California, and by far the largest red state — that presents the starkest contrast to the White House.

On Monday, Gov. Greg Abbott, a Republican, announced that Texas would stop allowing its residents to receive federal pandemic-related unemployment benefits. That comes a few weeks after Mr. Abbott drew President Biden’s ire when he lifted the state’s mask mandate in defiance of federal health guidelines.

And in the State Legislature, controlled by Republicans, a number of bills proposed or passed in recent weeks — including rollbacks to abortion rights and new restrictions on voting — have rung out like a shot across the bow from the conservative movement.

In a recent article, our national correspondent Simon Romero took a look at a different set of proposals making their way through the Texas Legislature that could shape the way future Texans see the world. Specifically, these bills seek to prevent the state’s grade-school students from learning about the role of racism and slavery in Texas’ history.

I caught up with Simon today to talk about what these bills are trying to accomplish, and what impact they might have — both in Texas and beyond.

Hi, Simon. The Texas Legislature has been getting a lot of attention recently for its push to restrict voting rights. But it is also engaged in an effort to essentially rewrite — or unwrite — parts of the state’s history in grade-school curriculums. What’s going on here?

The bigger picture is that this has been one of the most hard-line sessions in recent memory in the Texas Legislature. Conservative lawmakers have done everything from enacting a near-complete ban on abortions to restricting voting access. But they’ve also been focusing on other culture-war issues, like the teaching of Texas history, that are seen as important to their base.

Various pieces of proposed legislation that have made it through the Texas House would promote an essentially jingoistic approach to teaching state history. One of them could limit the ways in which teachers can explain how racist thinking in the 19th century influenced the drafting of laws. Another bill would create an “1836 Project” promoting what it calls “patriotic education” about the state’s history. This bill would look at creating displays in parks and museums and come up with a pamphlet to be given to anyone getting a Texas driver’s license. Historians I spoke with expressed a lot of concern that this measure could gloss over the history of slavery and campaigns of anti-Mexican violence in Texas.

As you note in the story, because of Texas’ size and influence, changes to school curriculums there can have a big effect on educational materials that circulate well beyond the state. How does that play out? And have we seen this happen in the past?

Some of this has to do with the sheer size of Texas, which has more than 29 million people. Textbook publishers found it was more profitable to take a book crafted to appeal to Texas’ State Board of Education and market it, largely unchanged, in other states, rather than write an entirely different textbook.

But this sway that Texas has in shaping what’s taught in other parts of the country also reflects exceptionally assertive efforts by conservative activists in Texas to influence what goes into textbooks in the state. For instance, a textbook in California might explain that court rulings about the Second Amendment allowed for some regulations of gun ownership, while a similar textbook in Texas would just leave that space blank.

It’s also important to note that Democrats in Texas have been making inroads to curb such practices. Several have won seats on the State Board of Education, and in 2018 they succeeded in introducing a Mexican-American studies curriculum.

It’s not just Texas’ state government that is passing these kinds of laws to restrict the teaching of slavery and discrimination, right? Would it be accurate to say there’s a broader movement afoot nationwide among conservative legislators, aimed at preventing schoolchildren from learning about the role of racism in American history?

Absolutely. This is happening in Republican-controlled legislatures around the country. Lawmakers in states including Louisiana and New Hampshire have introduced similar bills that would essentially limit or even prohibit teaching about the legacies of slavery and segregationist policies that endure to this day.

But the Texas Legislature has taken things a lot further by looking specifically at the year 1836, when Texas seceded from Mexico, and at ways to bolster different Texas creation myths. The trouble with this approach is that it could open up a can of worms when people start looking at the reasons slaveholders in Texas fomented a revolt against Mexico, then explicitly legalized chattel slavery in a vast region where slavery had been prohibited by Mexico seven years earlier.

One measure being debated in Texas would also ban discussions of certain kinds of current events, and another would make much volunteer work related to social justice ineligible for school credit. Can you describe these policies, and what impact they might have on the way students are taught?

It’s anyone’s guess as to how these policies might look in practice. I’ve been in touch with teachers in Texas who are really just trying to figure this out. Democrats tried to amend one of the bills to require teaching of the Jan. 6 insurrection, but Republicans shot down that proposal. Some of the language in the bills is pretty specific, like prohibiting teachers from using The 1619 Project to discuss how slavery shaped U.S. history.

Teachers are also worried about how these measures might change how basic civics issues are taught. For instance, students would not be able to get course credit for volunteering with a civil rights group or advocating for the rights of immigrants. These are big issues in a state where nearly 70 percent of children under 18 are people of color. Imagine you’re the child of immigrants and you want to learn more about ways to protect your family in the American legal system. This could have a chilling effect on the ways teachers try to reach a lot of their students.

The Ezra Klein Show: Violent crime is spiking. Do liberals have an answer?

On today’s episode, Ezra was joined by James Forman Jr., a professor of law at Yale Law School and the Pulitzer Prize-winning author of “Locking Up Our Own: Crime and Punishment in Black America.”

They discussed how violent crime continues to rise in the U.S., creating a crisis on two levels: the toll it takes on people and communities, and the way it can lead to more punitive, authoritarian and often racist policies. The challenge, they say, is how to stop crime while also reforming policing and criminal justice.

On Politics is also available as a newsletter. Sign up here to get it delivered to your inbox.

Is there anything you think we’re missing? Anything you want to see more of? We’d love to hear from you. Email us at onpolitics@nytimes.com.