Cal Survived Covid. Now, Back to Its Usual Problems 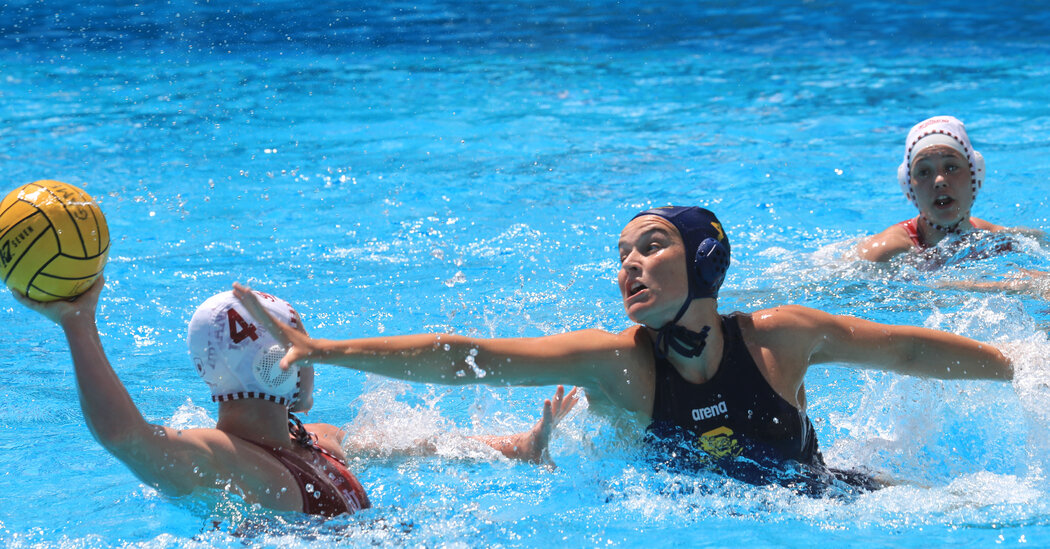 BERKELEY, Calif. — The football and men’s basketball seasons were long over, but other sports at the University of California, Berkeley, were in full array — water polo in the pool, rowing in the estuary, baseball on the diamond.

The Covid-19 pandemic had thrown most fall and winter sports into the spring, erecting logistical hurdles across campus. About two dozen teams and hundreds of athletes vied simultaneously in April for fields, courts, pools and arenas. Locker rooms, like most of Cal’s classrooms the entire school year, remained closed. Trainers and other support staff were spread thin.

Things were hopping. They were not normal.

On the last Saturday of April, the women’s lacrosse team held its final home game of the season at Memorial Stadium, where the football team plays in the fall. It was Senior Day. There were more players on the field than fans in the stands.

One by one, the seniors were introduced through the loudspeakers, their smiling mugs posted on the big stadium scoreboard, to a smattering of applause. With no parents around — too many restrictions — each was escorted onto the field by a teammate. They walked through a tunnel of raised lacrosse sticks held by others. And then they played Stanford, their rival, in a taut contest.

Among the few watching from the bleachers was the third-year Cal athletic director, Jim Knowlton. He is responsible for 30 teams, 850 athletes, 300 employees and a $100 million budget turned inside-out by the pandemic.

Last summer, he feared a $55 million deficit. But he mostly feared that the virus would do at Cal what it continues to do around the globe — take lives.

The New York Times has followed Cal athletics for most of the past year, to see how one major college sports program navigated the ongoing pandemic. As the school year draws to a close this month, something fresh hangs in the warmth of spring: optimism.

“You can see the light at the end of the tunnel,” Knowlton said. “We just don’t know exactly how long the tunnel is.”

There is concern that the pandemic is not over. Cases are spiking in other countries, and Cal and the Bay Area are diverse with global connections. On the same weekend that Knowlton watched lacrosse, the softball team canceled a four-game series over positive tests.

No one in the Cal athletic department has died from Covid-19; since early fall, the department has conducted nearly 25,000 polymerase chain reaction tests, with 86 positive results, the school said. That scoreboard is the one tracked most closely.

And the budget deficit appears to be less than $10 million, not $55 million, largely through austerity measures. But Cal cut no sports, and has no plans to do so. (Around the country, more than 80 Division I sports programs were cut in the past year, according to the Covid-19 Era Dropped College Sports Tracker, including 11 of 36 programs at rival Stanford. As at many schools, the fight to save them is furious.)

Cal is selling football tickets for the fall, hoping for a full Memorial Stadium. Schedules are being set. Travel plans are being booked. In-person recruiting is expected to begin on June 1, as with all N.C.A.A. schools. The arrival of May has brought palpable senses of relief, accomplishment and expectation.

Was the past year a hiccup in college sports, where everything resumes as before? Or is the landscape altered forever?

The pandemic forced a singular focus, a survival mentality. But all the ills of college sports never went away. They await full attention again, on the other end of that tunnel.

“The landscape of athletics is wacked right now,” Knowlton said.

At times, it feels like the entire N.C.A.A. model, with billions of dollars of revenues built on an anachronistic notion of amateurism across hundreds of universities, could tumble down like a house of cards — or a pile of multimillion-dollar coaching contracts, television deals, arcane rules and paper diplomas.

Knowlton provided a list of “so many things that keep us up at night” — growing debates over athlete rights, gender equity and racial equality among them. Some have swept up on Capitol Hill, even the Justice Department and the Supreme Court.

At Cal, after George Floyd’s murder and the national reckoning over discrimination, the usually robust protest movement was muted by an almost empty campus. But those seismic events led to the formation of the Racial Justice Council, founded by women’s basketball players. Last fall, Cal hired an associate athletic director for diversity, equity, inclusion and belonging. Anti-Asian violence is a major concern in the Bay Area, and on a campus and in an athletic department with a robust Asian-American population.

“California could be seen as a very liberal area, but that doesn’t mean that some racism or stereotypes or oppression isn’t here as well,” the basketball player Cailyn Crocker, who helped organize the Racial Justice Council, said last fall. “We’re just creating a space where student-athletes can come and learn and express their feelings, and really have these deep conversations that are hard to have.”

The pandemic both exacerbated and clouded all the issues tugging at college sports. If and when Covid clears, maybe this fall, the other problems will be exposed again fully. Only Covid feels likely to fade away.

Cal tackled the pandemic with a military bent. Knowlton is a retired Army colonel, a West Point graduate who taught engineering. Before coming to Cal in 2018, he was athletic director at Division III Rensselaer Polytechnic Institute, then at Air Force.

Cal formed committees at the outset and planned for all possible situations. Video calls clogged everyone’s schedule. That has not stopped.

Last June, Cal began pondering the unimaginable: What if there is no football season, or a partial football season, or if football is played in the spring, or if all 30 sports are played at once? College sports crumbled in July, then pieced themselves back together. Cal and its conference, the Pac-12, were more methodical than most schools and leagues.

“I’ve never in my life said, ‘I don’t know,’ as many times as I said it during this pandemic,” Knowlton said. An example of how different the past year has been: He hired the softball coach Chelsea Spencer last May, and they met in person for the first time in January.

Cal played a delayed, then aborted, four-game football season. The men’s and women’s basketball teams started truncated schedules in the late fall. Some of those what-if plans from June were shelved and put to use in January when all the other sports got underway.

The usual rhythms of the college sports calendar were mashed into a grinder of hope and uncertainty. Teams completed schedules and went to postseason championships with few problems and little notice.

Through May 4, Cal teams had participated in 359 events and had 30 others canceled for reasons related to the coronavirus, according to Herb Benenson, an associate athletic director.

The University of California is among the schools requiring students to be vaccinated to be on campus in the fall. Some entire Cal teams already are.

“There’s still so many unknowns,” Knowlton said. “No one can tell me if my vaccination will last a year. But I think we’ve done the best job we could, planning and then being proactive and really adjusting on the fly, pretty much every day.”

Among the consistencies of the past year: tightened screws on spending and a big push on fund-raising. Cal usually earns more than $10 million in ticket sales and ancillary revenues like parking and concessions that never happened in 2020-21. It expected to receive about $32 million in media rights and conference payouts; Knowlton expects the actual amount will be somewhere around $17 million.

But Cal cut some of its biggest costs. About $10 million is usually budgeted for game expenses and team travel; those were sliced by limited schedules and reduced travel. Recruiting, another seven-figure expense, became virtual. There were fewer students on campus, especially in the fall, a cost savings in room and board. Salaries were frozen, and some top coaches took pay cuts.

“Our C.F.O. basically micromanaged our department,” Knowlton said of the senior associate athletic director Tom Lowry. “No one spent a dime. No pencil was purchased without him.”

Cal’s athletic department will have to take out a loan through the university to absorb the shortfall, somewhere in the $8 million to $10 million range, adding to the debt service for the next few years, Knowlton said. Not ideal, but workable, he said.

Knowlton is a believer in “A.A.R.s,” or “After-Action Reviews,” like a post-battle analysis. The review for the pandemic is still being written. The lingering effects are some positive changes: a better use of virtual meetings, for everything from holding staff meetings to connecting with alumni and donors to recruiting athletes.

Cal was among those that pushed the N.C.A.A. for uniform rules for in-person recruiting, fearing that competitors under looser pandemic-related restrictions would have a big advantage. But it is unclear just how much the past year will rejigger the power balance in the Pac-12 or elsewhere.

Were there winners and losers in college sports in the past year, and how is that measured?

Few of Cal’s seasons went particularly well in terms of wins and losses, but the standings felt less important than usual. No coaches were fired. No sports were cut. Those are victories.

“I think we did right,” Knowlton said. “It was hard. Our staff is really whupped, because we’ve been at this since last March, trying to prepare.”

Most of Cal’s staff members have not had vacations. Athletes have had nothing normal about their school years. The plan — one of them — is to get people rested in June, prepared for whatever comes next.

Even if the pandemic feels over by the fall, all the other problems with college sports will still be there.