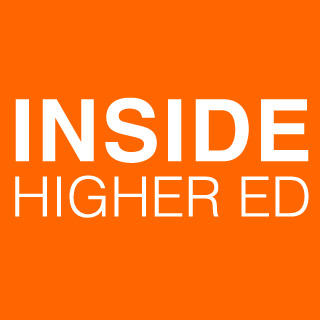 I just finished reading “Academic Prioritization and the Faculty’s Social Contract” by Brian Peterson, and I felt I needed to write to mention a significant, troubling factual inaccuracy and to respond to Peterson’s central premise. First, the factual inaccuracy: it is true that Peterson is “chair of the department of philosophy and religion and professor of economics,” as his bio says, but he leaves out that he is also Associate Dean for Curriculum and Faculty Development — a full-time dean position that does not include teaching, other than a 1-credit college success course for transfer students.”

In other words, he writes this piece not as a faculty member who “teaches students,” as the final paragraphs of his piece suggest, but as an administrator whose position is not in jeopardy and who has not been compelled to reimagine his role within the college. When he uses the phrase “we faculty” to include himself among the instructional faculty he charges to “reinvent” themselves, Peterson implies that he shares this burden — but he does not. He therefore speaks not from a place of experience, but one of invention and deception.

This distinction is important because it connects to a broader misrepresentation of context in Peterson’s piece. Last September, Central faculty were given a list of majors the administration — an administration that included, and continues to include, Peterson — wanted to cut in order to close a multi-million dollar operating budget deficit. Throughout this process, the faculty received no administrative support in reimagining or rebranding the curriculum in the manner highlighted by Peterson. The administration did not affirm its support for the work done by professors who taught in threatened majors and would not answer questions about whether cutting majors would lead to faculty firing. Peterson’s rhetorical stylings make it sound as if he has gone through a healthy and fulfilling process of reimagining his role as a member of the instructional faculty, when in reality he is part of an administration that has offered no support for faculty members who might have wanted to engage in such reimagining.

Finally, I find Peterson’s central metaphor of the social contract to be specious. There are real contracts at stake here — employment contracts, contracts that stand between faculty members and joblessness. Peterson makes no mention of untenured faculty, some of whom joined the college as recently as last Fall, only to find their majors in jeopardy within a month of starting employment. That he should expect these new, untenured faculty to place blind faith in what he calls the college social contract shows great insensitivity for the vulnerability of untenured faculty.

I am, quite frankly, appalled by Peterson’s disingenuous mischaracterization of the work he does. He writes from an unacknowledged place of positional authority and power that is at best misrepresented, and at worst intentionally masked.